Introduction to React and Angular

Although, at first glance, you might assume they are different programming languages, React and Angular are popular web frameworks which both extend JavaScript to create user interfaces: key tools in any developers toolbox. In this guide, we’ll introduce you to React and Angular, introduce you to how they are used and compare how you apply them in developing engaging interfaces. 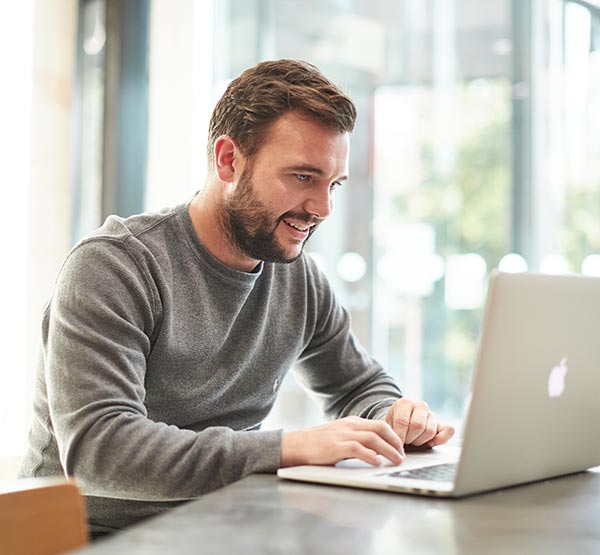 React is an extension to JavaScript, written by Facebook to make JavaScript easier to work with when writing web-apps and websites. You can create websites and web-based applications using React. This could be as simple as a website for your local rugby club, or as complicated as Facebook.

Are React and Reactjs the same thing?

Yes, there is another type of React called React Native that allows you to create mobile apps across any platform using the React language.

What is the difference between Angular and AngularJS?

AngularJS was the first version of Angular. It’s sometimes referred to as ‘Angular 1.0’. When Angular moved to version 2, they completely rearchitected the framework so they decided to drop the JS so it became ‘Angular’ ever since. They have released a new version every 6 months since.

Angular vs React: What is the difference?

Imagine you have just bought a restaurant and are kitting out the kitchen. Option A is a standard off the shelf kitchen, the same as all the other restaurants in your chain. The knives, layout, even the location of the cheese are exactly the same. Option B is a completely bespoke kitchen, exactly designed to make your menu in the most efficient way.

You might think that Option B is the obvious choice – and you could be right – but it largely depends on the experience level of the person designing the kitchen. If you have a very experienced chef, you could end up with an amazing kitchen and some amazing food.

However, what happens when you bring over a chef from another of your restaurants? It will probably take a while to bring them up to speed and your restaurant might suffer in the short term. What about if the chef who designed the kitchen didn’t really know what they were doing and bought all the wrong stuff?

The difference between Angular and React is much the same. Angular is the standard off the shelf kitchen where a huge number of decisions have been made for you. This allows you to concentrate on building your product, rather than upskilling or making decisions you don’t need to. It makes it easier to scale but less customisable along the way.

React is the super-custom kitchen where everything could be exactly what you want, and if designed well can be far superior. Technically React isn’t a full kitchen, but that doesn’t matter because you can go to a knife shop to choose your knife. You can go to a fridge shop to buy a fridge. The price you pay for this customisability is dependant on the experience level of your team and the specific needs.

In all honesty, both are great kitchens that have all the same tools. The principles are the same.

Which is easier to learn?

React leans on core JavaScript principles more than Angular does. However, it treats the common languages of the web in a very unique way. Angular is designed to be as close to the standard way of building websites as possible, as a result, you will likely be building things faster with Angular. So if your goal is to learn to code, React might be a better start. If your goal is to build things quickly, maybe Angular.

Can React and Angular be used together?

Yes, although most codebases can get very confusing so it is not advised.

React vs Angular – which is best?

React is better for small projects, assuming you have some experienced developers on the team. It’s very easy to make bad architectural decisions and you need someone who knows what they’re doing to keep a handle on that. This gets much harder as the product grows.

For larger teams where new developers might be a common thing, Angular is a great choice. Although Angular is much larger than React, and so could be perceived as more difficult, the constraints it imposes add predictability and maintainability to larger codebases. That’s not to say you can build giant apps without Seniors being involved!.

How can I learn React and Angular?

It takes a long time to master Angular or React. The best way to get started is to find a mentor or intensive bootcamp-style training which will give you direction, feedback and real work to build experience.

Our _nology course is perfectly designed to set you up for your career as a JavaScript developer, including whatever frameworks are most in demand at the time along with backend integrations and everything else you need.

Come and learn to code a web app, and get a glimpse into the day in the life of a _nologist. We’re a friendly bunch here at _nology: with plenty of professional advice to share with anyone curious about the job potential of learning to code. If you’re inspired by the prospects of a career which is not only creative and challenging but rewarding too - join one of our free remote taster sessions!

Come and meet us!

Become a developer in 12 weeks

Feeling inspired by the potential of a career in tech? So are we. Book a call with the team today. of Sign up to learn more about joining our 12-week tech training course, and introduce yourself to the _nology team!